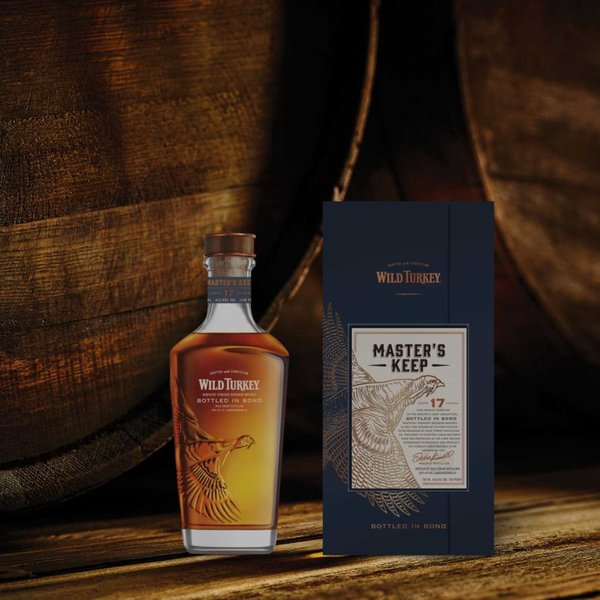 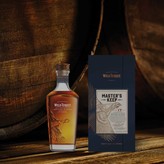 At 17 years-old and hand-selected by Master Distiller Eddie Russell for its perfectly balanced flavor, Master’s Keep is the longest-aged whiskey released by Wild Turkey in the United States. Aged in both brick and wood rickhouses and at 86.8 proof, it starts out smooth and silky, transforms into a caramel, vanilla sweetness, and finishes with savory spiciness and oak

The bottling is only the second-ever Wild Turkey bourbon to carry the bottled-in-bond label. A bourbon with that label must be the product of one single distilling season from one distillery, aged in a federally bonded warehouse and bottled at 100 proof. (Thirteen years ago, Wild Turkey released its first-ever Bottled in Bond expression, named American Spirit.)

“With our own Master’s Keep Bottled In Bond, we took the historic process and protocol of aging for four years to the next level and allowed the liquid to rest for 17 years,” says Eddie Russell, Master Distiller at Wild Turkey. “We aged and perfected this rare, 17-year-old bourbon in Wild Turkey’s Camp Nelson rickhouses. This expression is a nod to the past, both our own heritage and the heritage of American whiskey-making as a craft.”

The bourbon has a taste and aroma of toasted oak, apple and dark cherry, the company reports, highlighted by the confectionary flavors of vanilla, brown sugar and toffee. The finish contains dark notes of mocha, smoke and spice.