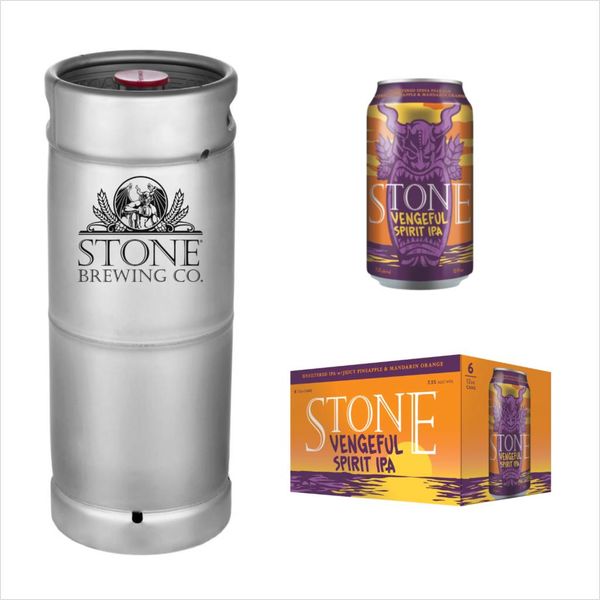 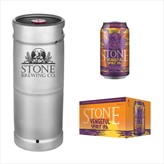 We’ve often been inspired to brew beers on a theme. In 2007 it was black IPAs. 2008 saw Belgian-influenced IPAs, and more than once it’s been Triple IPAs. It’s been fun to dive deep, and you’ve ridden those waves right along with us. But like you, we also crave new breaks to surf. Right now, it’s tropically-inspired IPAs as represented both by this flavored ale, Stone Tangerine Express IPA and others we’ve got waiting in the wings....With Stone Vengeful Spirit IPA we employ a bit of tropical mythology to pay homage to our ever present gargoyle. Since 1996 he’s had our backs, and yours, by representing an aggressive intolerance for commoditized beer. He constantly inspires us to forge ahead with resolve–even with the omnipresent forces of forceful evil. Vengeful spirits can be awesome when they’re on your side.