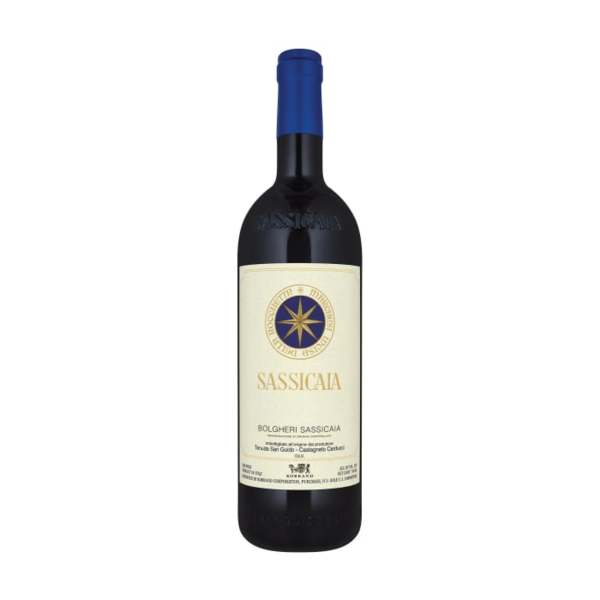 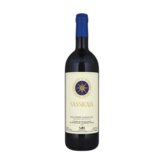 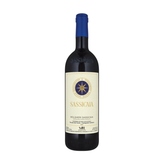 This wine is chiseled and sharp with blackberry, ripe cherry, grilled herb and barbecue spice. The aromas flow from the glass in a continuous stream and are all marked by radiant intensity. The mouthfeel is long and powerful. The crisp linearity of the wine's tannic backbone is perfectly measured to the volume and depth of the fruit flavors.

The 2017 Sassicaia is dark, sensual and rich, which is a good thing, as the tannins - the result of a warm, dry year in which phenolic ripening was difficult to fully reach - are also quite powerful. I tasted the 2017 from an approximate blend from barrel, where the wines are still aging in separate lots. It will be interesting to see where things end up once the wine is in bottle.

JS96
James Suckling
The balance and beauty to this is impressive, offering sweet, ripe currants and flowers with some crushed-stone and dry-earth undertones. Full-bodied with soft, polished tannins and a long, creamy-textured finish. It’s polished, yet concentrated. Better after 2022, but already very seductive.
RP94
Robert Parker's Wine Advocate

To recap my assessment, and with the memory of the 100-point 2016 vintage so fresh in my mind, I would give this wine a seven out of 10 in terms of aromas, a five out of 10 in terms of mid-palate, and an eight out of 10 in terms of structure. Another way to read those conclusions is as follows: The 2017 Sassicaia was expertly built to withstand a long aging future, yet only time will tell if the beauty of the bouquet will evolve at the same pace. This fascinating wine magically captures the hallmarks of cool-temperature winemaking in one of the hottest vintages in recent years. Vintners, not vintage, won this round.

The Tenuta San Guido is a 7,500-acre estate located in the province of Livorno on the western coastal outskirts of Tuscany near the village of Bolgheri. Marchese Mario Incisa della Rocchetta acquired it through his marriage to Clarice della Gherardesca in 1940.

The legacy of Sassicaia began in 1944, when Mario Incisa acquired a number of Cabernet Sauvignon and Franc vine cuttings and planted them on a sloping hillside of the San Guido estate, called Castiglioncello after the 11th-century castle at the vineyard's upper edge. This tiny, 3.75-acre vineyard stood alone until 1965, when a second Cabernet vineyard was planted with cuttings from the Castiglioncello parcel; the gravelly, 30-acre plot would give the wine its name: Sassicaia, "the place of many stones".

With the radical changes in the D.O.C. system of regulations as of the 1994 vintage, Sassicaia's extraordinary reputation was acknowledged through the Italian government's granting the wine its own appellation.

An outstanding wine region made famous by Marchese Mario Incisa della Rocchetta, who planted Cabernet Sauvignon vines for his own consumption in 1940s on his San Guido estate, and called the resulting wine, Sassicaia. Today the region’s Tuscan reds are based on Cabernet Sauvignon and Merlot, which can be made as single varietal wines or blends. The local Sangiovese can make up no more than 50% of the blends. Today Sassicaia has its own DOC designation within the Bogheri DOC appellation.