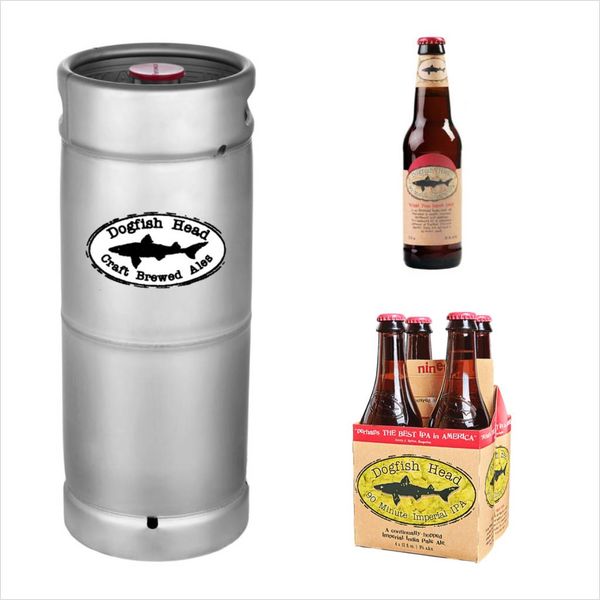 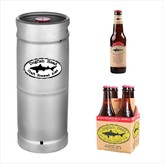 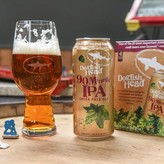 What you have here is the only Imperial IPA in America inspired by a bowl of soup and a thrift store football game...

Back in the 90’s, Sam was struck by a cooking show demo teaching viewers how to properly season soup through a process of continuous peppering. As it stewed and simmered, the chef added pepper in small but consistent doses, bringing through a unique bold taste and intense savory notes. If it worked for soup, why not beer?! Inspiration sparked and Sam knew that Dogfish needed to bring this idea of continuous dosing to our hop additions in the brewhouse.

Enter our thrift store electric football game. If rigged at just the right angle over the brew kettle, and covered with hops instead of small dancing football players, the vibrating playing field would perfectly shake and shimmy the hops cascading down into the boiling wort at a consistent rate. Continual hopping was born!

Continual hopping provided a beautiful balance to Dogfish’s 90 Minute Imperial IPA - allowing us to add a foolhardy amount of hops throughout the boil without making 90 Minute crushingly bitter. With rich pine and fruity citrus hop aromas and a strong malt backbone, 90 Minute IPA created pungent, unapologetic flavor that led Food & Wine Magazine to call it "one of the most important American craft beers ever brewed!" Pair it with Stilton cheese, pork chops, grilled fish, focaccia, split pea soup, or escargot!