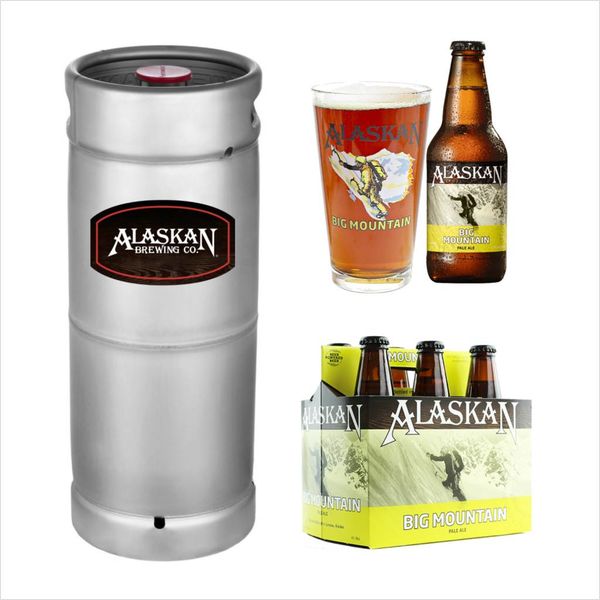 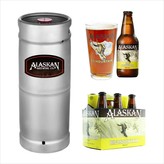 American Pale Ales were first developed in the United States in the late 1970s and early eighties. They feature American hops that distinguish them from British or European pale ales, with a milder bite than India Pale Ales, or IPAs. Pouring clear and light copper in color, Big Mountain Pale has three domestic malt varieties providing firm footing for the distinct flavor and aroma of dry-hopped Simcoe and Mosaic. Notes of Asian pear, pine, and lemon in the aroma are answered by the toasted nut, biscuit and toffee malt. The crisp flavor is distinct from the aroma, with pleasantly strong herbal notes and hints of complex tropical fruit. Big Mountain is brewed with Juneau’s glacier-fed water, domestic malts, 3 additions of hops in the kettle, and dry hopped with Mosaic and Simcoe hops.